Fat over lean is a fundamental technique that every painter should be aware of. If they wish to have good adhesion of paint layers and prevent cracking, delaminating, imperfect drying, and uneven gloss in their painting then they should always paint fat over lean. This means to paint so that each successive layer of paint is fat and contains more oil than the lean layer preceding it.

Don’t be mistaken, a fat layer of paint has nothing to do with the thickness of the paint. Fat over lean refers to the amount of oil in the most recent layer of paint relative to the dried layer below it.

​Chelsea Classical Studio’s Lean Medium consists of linseed oil and lavender spike oil essence – a historically documented, alternative solvent for painting that is safer to breathe than turpentine. Lean Medium will thin the paint and make it dry faster. It is recommended for early stages of painting. Chelsea Classical Studio’s Fat Medium is a mixture of linseed oil, lavender spike oil essence, and damar resin. Fat Medium will make the paint more glossy and dry faster. It is recommended for later stages of painting.

Chelsea Classical Studio has made painting fat over lean easier and more intuitive than ever. To paint fat over lean, begin by using our lean medium and simply add more fat medium each successive day of painting and, towards the end, switch to fat completely.

Oil of Lavender Spike, known as spike oil, is an essential oil that has been documented to have been used as a solvent for oil painting since the Renaissance. Painters such as Da Vinci, Rubens, Van Dyck, and others have been recorded using spike oil.

Its particular virtue for contemporary artists is that, unlike Turpentine or Odorless Petroleum Mineral Spirits, it is considered less-toxic, non-carcinogenic, without a record of chronic health risks, and still functions as an exceptional solvent for oil painting. It is the best alternative to turpentine and odorless petroleum mineral spirits on the market and, like other oil painting solvents, spike oil can thin and mix with paints and mediums as well as fully dissolve resins to make varnishes. Besides its use in oil painting, it is also used in perfumes, soaps, aromatherapy and for other holistic practices.

​Regarding the use of solvents in painting, artists must be aware that due to the high concentration and quantity used, even solvents with health benefits and lowered toxicity risks should be handled carefully. For example, people who have allergies to lavender or flowers, or are sensitive to strong smells should use caution while working with spike oil, painting solvents, and essential oils in general. In practice, people should always use adequate ventilation and common sense when using any painting solvents.

Oil painting solvents are all essential oils, e.g. volatile oils that evaporate. Essential oils, including lavender oils (there are dozens of species used commercially) are produced for many industries: perfumes, vitamins, cosmetics, food, aromatherapy, as well as for the art materials industry. 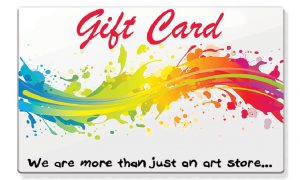